Create More Love and Peace in the World

Does it seem like the whole world is out of control? Or should I say, is the human population teetering on the brink of insanity?

If we watch the broadcasts, we see violence and upheaval everywhere – a sure sign something is wrong.  Humanity is in pain. The love of power is stronger than the power of love. Our children’s lives are at stake.

Crisis Relief International cried out for prayers on Nov. 24. I cried when I saw this message in my inbox:

“We lost the city of Queragosh. It fell to ISIS and they are beheading children systematically. The UN evacuated its staff in Erbil. Our team is unmoved and will stay. Prayer cover needed!”

In our own country, unarmed children are routinely being killed by bullets, shot by adults paid to protect the community. They are our black children. Let’s admit to our shadow, America. When we fail to face the the shadow, it erupts as increasing hate, racism, separation, and greed.

We must stop denying these forces exist. We mouths the words liberty and freedom for all, but do we mean it? Odds are any conversation with our white friends about injustice in society might begin with “well…” and end with someone thinking they are being attacked. What about the real victims?

I understand that policing is a challenging profession, yet these occurrences in the past few years are beginning to challenge our sensibilities about who or what is really the threat.

You can be a part of creating love and peace.

First, we must know what to set our intentions on. It’s hard because there are so many issues.

United Nations’ 2014 Global Report on Trafficking in Persons found one in three human trafficking victims is a child. Most victims are female, and traffickers operate with little fear of prosecution. Studies shows that trafficking has increasingly become a problem around the world.

The US is one of the top destinations for trafficking children for commercial sexual exploitation. Just watch the documentary Playground. 300,000 children in the United States are at risk of being trafficked into the sex trade each year. Police and prosecutors often respond by arresting the victims — the kids — rather than the pimps.

Sexual assault on college campuses is now on everyone’s radar. The allegations of gang rape at UVA are just an example of the way we as a culture inadvertently encourage and are co-conspirators to the victimization of others when we do nothing at all. In the last 16 years 183 students were expelled from the university for Honors offenses like: lying, cheating, and stealing. But in the history of the school (open since 1819) no student has ever been expelled for a sexual assault when this crime is becoming an epidemic on university campuses.

We are failing to teach our children sexual respect. We are failing to protect both women and men from violations of the most intimate degrees. Our inaction is allowing all of these tragedies to become a cultural pandemic, leaving victims confused and cloaked in shame, and perpetrators unaware of the damage they cause.

Why is it that criminals have little fear of prosecution for the most serious offenses?

Violent crime was not responsible for the quadrupling of the incarcerated population in the United States from 1980 –  2003. There are increasingly more people of color in prison for possession of marijuana. Marijuana – a recreational drug widely used by people of all classes, also for medicine. Our so-called “legal drug” – alcohol – is far more dangerous both to abusers as well as their victims: spouses, children and innocent people passing by.

The NRA wants guns to be legal in bars. This is more nonsense! This type of thinking is mental illness. We must recognize it for what it is. Because when those people gain power – because we fail to vote or spread awareness – it creates mayhem. These people are insecure, arming themselves to feel brave. 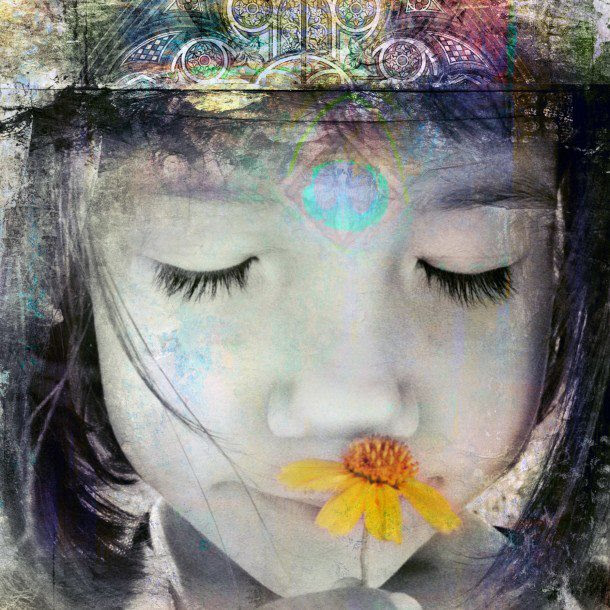 Why are we so afraid, so angry?

Why so many feel insecure, angry, and threatened by skin color, diversity, or feel compelled to take the life of other men, women, and children who worship in a different way to the same God figure?

Why do we continue to commit the sins of our fathers? These are unconscious choices for the most part but often consciously made.

Why is it those people end up making decisions on our behalf as our leaders?

Why are we so backward in our pursuit to promote freedom + liberty for all?

But do we care?

What can we do in a run-away world?

It’s not difficult. Be brave.

Create more love and peace in the world through loving kindness.

It’s not a feeling. It is a practice and an attitude of generosity and compassion toward yourself, to all others, and to the Earth.

We can start by meditating on images, beautiful poetry, prayers, and blessings. Loving Kindness is a cultivated mental state.

Remember, we are not helpless. We have immense power to send healing energy into our world, to people both near and far. We can change the world by realizing our inner strength.